Hampta Pass Trek may be a pass between Lahaul’s Chandra valley and Kullu valley. Being the passageway between two vivid valleys, Hampta pass gives us a sight to behold.

As you explore the Pir Panjal ranges with this trek, you’ll find many shepherds grazing their sheep within the grasslands. Also famous are Manali Treks in Himachal as well as India.

Himachal Pradesh is one of the most toured states in India. The state has beautiful pristine snow-clad mountains which are a major source of tourist attraction.

Tourists and trekkers from all over the world come to this glorious, unpolluted, and serene place to nurture their minds and soul and cherish an unfathomable nature’s beauty.

The word ‘Hima’ means snow in Sanskrit and hence the name Himachal Pradesh which means ‘In the lap of Himalayas’.

The mountains of the state are used for many adventure sports. One among them that is considered being carried out here is trekking.

Trek To Hampta Pass Trek With Chandratal may be a pass between Lahaul’s Chandra valley and Kullu valley. Being the passageway between two vivid valleys, Hampta pass gives us a sight to behold.

As you explore the Pir Panjal ranges with this trek, you’ll find many shepherds grazing their sheeps within the grasslands. Also famous Manali Treks in Himachal as well as India.

The nearest Hub for trek starts is Old Manali.

Therefore, the trip starts from Manali to Chika via Jobra. From Jobra the trek is undertaken by walk, this route comprises the first day.

Day 1 After briefing drive around 25kms from Manali to Jobra [1.5hrs] , then trek from Jobra to Chikka around 4kms consuming around 3-4hrs.

Day 2 Will be having a 4-5 hours of descent trek from Chikka to the Balu ka Ghera.

Day 3 Having a bit busy day consuming 8hrs trekking in two phases . first one is from Balu ka Ghera to Hampta Pass and and return from the top around 4 hrs stay overnight in Balu Ka Ghera

Day 4 Following a same route from Balu Ka Ghera To Chikka then Jobra. Drive From Jobra to Manali. consuming around 4-5 hours.

Hampta pass trek is been spread over the quiet fascinating distance of 30kms.

The distance is having both the driveways and the treks subsequently which won’t let trekkers exhaust or feel tired.

The temperature of the Hampta pass ranges between 10°-15° degrees on sunny days. And during the winter one, it falls around 10 ° degrees making it a cozier.

Hampta pass trek during winters give shivering but its more within the disguised form and it’s many things to cater with so you will not even sense that shivering after witnessing those wonders which are present at this place.

It is more sort of a super-thrilling distraction which Hampta having to distract you from the shiverings and everyone.

Every small aspect about Hampta is far appreciating and lovable that you simply can’t really excuse yourself without appreciating this super relishing place.

Hampta pass trek has always given or brandished what it really needs to and what aspects make it an ideal place to measure those dream moments which one has thought of before visiting or planning for the trek.

During the winter season that is December to March, the temperature differs. During Daytime temperature will be 11° to 16 ° whereas in Nighttime it is Around Freezing cold 4° to -2°.

Hampta pass trek during monsoon season always been blessed to be visited by trek spirited people that won’t just celebrate this place but they are doing conserve this place with a lot of care which is extremely much genuine and praiseworthy.

The monsoon season starts from mid-June to mid-October. Even some snows can be found on trekking routes.

The movement of fog and mist over the valleys will bring a cinematic enthusiasm feel.

Hampta Pass Trek has always been a cheerful trek, especially for beginners. And it’s not only been limited to trekking you’ll have n number of activities here be it experiencing the calm and soulful vibes which allow us to detoxify ourselves and explore a replacement version of ourselves.

You’ll witness have the rich experience of camping and residing under the starry night and amongst the mountains which hypes you up with boosted adrenaline levels.

The renewed and rejuvenating vibes here can have sheer potential to lift you up till the 8th cloud of happiness. The one who’s seeking for a site which may cater him/her with absolutely the joy, adventurism, cheerful vibes, enthusiasm and therefore the ingredients of relishes makes it inevitable and much appealing in every activity by supplying you with absolutely the enthusiasm.

Hampta pass trek is that the epitome of what a perfect and all-rounder place seems like. Its blend of amusing and therefore the heart-warming beauty can leave you speechless.

But even though you need to do some workouts for at least 30 days before to adapt to the alpine hiking in the Himachal region.

The best months to trek are May and June and August through October.Best time to visit the Hampta Pass Trek

The reason why Trek To Hampta Pass may be a famous trekking zone is snow; the pass has payment snow which pulls more tourists.

After reaching Hampta Top spend lavishing time up over and viewing the indhrarsan mountain and spiti valley over there .And slowly start decending from top to Balu ka Ghera

4th day starting trekking down from balu ka ghera at early morning towards chikka and Jobra this day wil be easy trek.

Balu Ka Ghera is around 6 to eight hours till Hampta top , alpine level of 60 ° t0 80° angle of slope. After reaching Hampta Top spend lavishing time up over and viewing the indhrarsan mountain and spiti valley over there

To start this memorable and far thrilling trek aside from morning wont justifies its reputation and even mine too as a trekker.

So we left our bottom camp at 10 am which is early but trust me its more energetic and peaceful than ever. ; we’ll be taking packed lunch with us.

It kicks faraway from the calm and mesmerizing jeep drive right from the bottom camp to the Jobra. The driveway sets up the refreshing mood and boosts optimistic energy within to start out trek to Chikka, as its our final destination of the day.

The trek will take moderate time to succeed in the destination and as per the old saying that instead of destination journey is vital and this is often where it comes into the image , the calming and soothing journey of around 2 hours.

And which matches through crossing two wooden bridges and a blissful frosts which won’t lets exhaustiveness sip in and lightens your mood. After getting to the campsite at Chikka we steel oneself and its rest time and to organize for next day’s trek.

Another day and another super splendid morning, as we’re at the gorgeous Chikka campsite. a bit like day 1 we’ll be kickstarting within the early morning which is usually fruitful and far beneficial during a greater sense.

because the trek is spanning for 4-5 hours which may make your energies drain, possibly not because the scenic inferences you’re seeking for getting to crossover soon and every one your tired wibes will disappear during a pinch.

At the initial stage we’ll be crossing few rocky river banks, in later part the dreamy snow valley’s getting to enlighten our mood and refuel the thrilling bar.

Afterwards few of the streams and boulders we’ll be crossing and can reach to the Balu ka ghera. because the Balu ka ghera is waiting with perfect package adventurism i.e. large, lush green grounds on the banks of river which automatically hypes you up.Highlights of  Hampta Pass Trek

And Camping at Balu ka Ghera no need any introduction, because it itself is an epitomic of sheer beauty.

As we’ve to try to to around 8 hours of trek till hampta pass top , I heard you but its the day which can test your sheer level of thrill and your inner instincts of adventurism.hampta pass temperature

Aligning to the motto of early bird gets the worm so we’ll be beginning around 7 am.hampta pass package

Its the simplest time to urge on and stride towards the destination, as we’ll be having whole day with us.

After spending the time in the top will be desending downto Balu Ka Ghera it consumes around 4 hours. and stay over night in Balu Ka ghera.

It’s a bit steeper descend. And as everyday we’ll steel self to spend an evening and occupy the camp. As need to refuel and re-energize for next day’s trek.

Day 4 Starting from The Balu ka Ghera to Chikka decending downwards consuming around 4 to 5 hours folowing the same route. After reaching Jobra car will be waiting for you to drop you in Manali Base camp

We’ll be reaching Manali. intrinsically it had been a fun and journey and with a renowned saying that each beginning has an end and each end has its beginning, we’ll be concluding our journey on a really blissful note.

We’ll then leave for base camp and depart from there to respective destinations.hampta pass trek time

Things To Carry for Hampta pass

Medical Kit We are Carrying

hampta pass trek How to Reach ?

After Healthy Breakfast, brief orientation with guides and trek leaders the trek starts.

- It kicks off from the calm and mesmerizing jeep drive right from the base camp to the Jobra.

- The trek will take moderate time to reach the destination and as per the saying that rather than destination journey is important and this is where it comes into the picture,
the calming and soothing journey of around 2 hours.

Another day and another super splendid morning, as we're at the beautiful Chikka campsite.

- Agenda is to trek from Chikka to Balu ka ghera, as the trek is spanning for 4-5 hours which can make your energies drain.

- At the initial stage we'll be crossing few rocky river banks, in later part the dreamy snow valley's going to enlighten our mood and refuel the thrilling bar.

- And Camping at Balu ka Ghera no need any introduction, as it itself is an epitomic of sheer beauty.

Day 3 Considerd As Most Challaning Day of Trek

- Day 3 comes up with a bit of hard-core trekking day. As we have to do around 6 hours of trek till hampta pass top.

- We'll be aiming to reach Back Balu Ka Ghera campsite as the trek will span for 4-5 hours to succeeding to the Hampta Pass top, from there another couple of hours to Return Back to Balu Ka Ghera.

- It's a bit steeper descend. And as everyday we'll steel self to spend a night and occupy the camp. As have to refuel and re-energize for next day's trek.

- Trek right down to Chikka followed by drive till Manali. ( Departure to respective destinations )

- We descend to Manali early morning on, where we'll trek till Chikka and Jobra then drive till Manali. After we reach Manali, we'll leave to our respective destinations post fresh and alter. 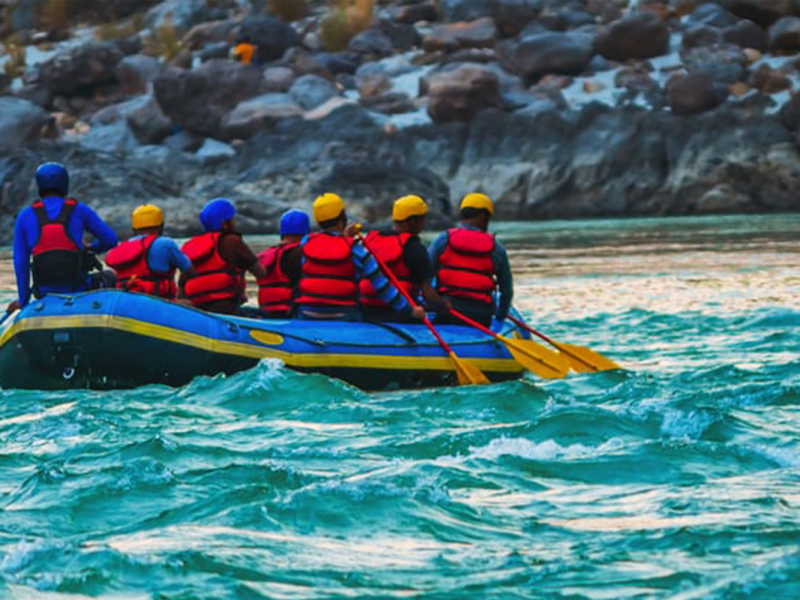 Kayaking At Umiam Lake In Shillong 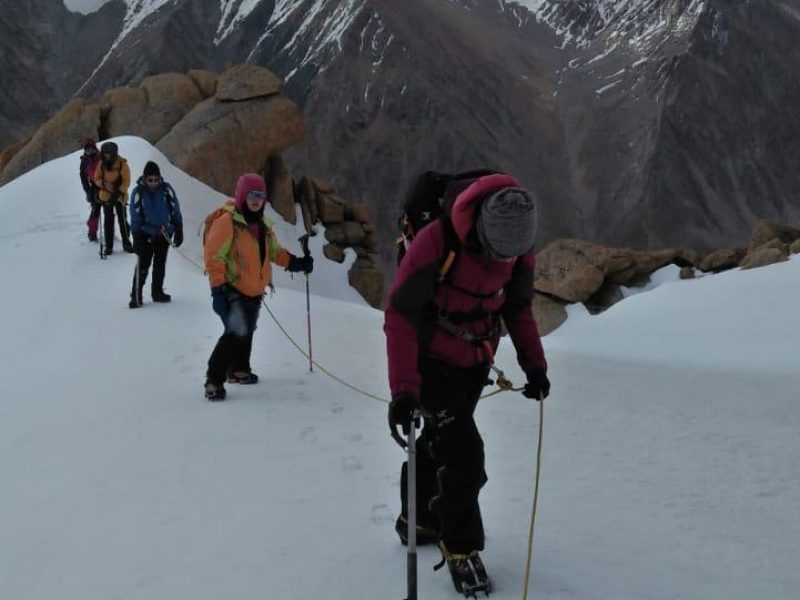