KedarTal near Gangotri is that the most sought-after destination in Uttarakhand. a fascinating lake situated next to Kedar Bamak Glacier at the foot of the big Thalaysagar and Brigupanth Peak. KedarTal is one among the foremost beautiful high altitude lakes in India at a height of 15583 ft. 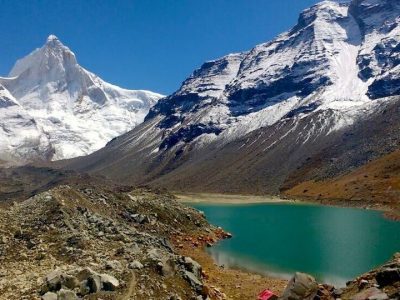 Kedartal lake nestled within the Himalayas on the brink of the Gangotri glacier. The Kedartal Trek lies within the state of Uttarakhand. It begins and ends at the pilgrim town of Gangotri.

The lake is fed by the snowfall over Mt Thalay Sagar (6,904m), Meru (6,672m), Mt Bhrigupanth (6,772m) and other surrounding peaks, which also are the source of Kedar Ganga, which in Hindu mythology is taken into account to be Lord Shiva’s contribution to Bhagirathi.

The proximity with magnificent peaks and therefore the view this trek offers will cause you to believe magic.

The lake itself is crystal-clear blue, the good drink of water you’ll ever find and a real gem of Uttarakhand. Adding to the allure of this trek is that the trailhead of Gangotri, where the trail begins, and also the holy town said to be the origin of the Ganges .

The place bursts to life during yatra season, with markets, temples, nightly aartis and forests filled with sadhus. Save a couple of days to explore here after your trek. it’ll bring you more joy.

The approach to Kedartal lake is via massive boulders and one can see snow near the lake throughout the year. The trek starts from Gangotri and goes through some beautiful birch forests. 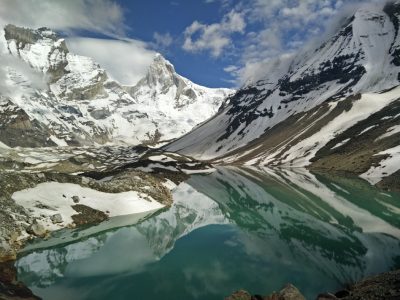 One highlight of the trek is that the views are breathtaking but the trail is pristine and still unknown to several trekkers.

It catches surreal glimpses of the holy site of Gangotri, which matches through the rough trails encircled by fir and bhoj and alpine trees.

Tread the toughest trekking routes that lead you to Bhoj Kharak, Kedar Kharak, and Kedartal, relish the utmost beauty possessed by the glacial valleys. the whole Kedar Tal location offers you numerous breathtaking views.
The Kedartal trek is for lovers of adventure. it’s for those trekkers who have done a substantial amount of Himalayan treks and now want to push themselves. it’s a difficult trek, with a very magical experience to offer reciprocally for all the trouble .

the trail is steep, crammed with scree, dust and boulders. In fact, the primary day of the trekking goes through a skinny ledge on 60 degrees rock face.

The trek climbs to the glacial Kedartal lake, sitting amid a cauldron of massive mountains. The pleasant view will cause you to feel easier .

The trail is additionally extremely remote. there’s no human habitation at this altitude. This solitude, when seen as compared to tons of other unfortunately crowded trails, may be a blessing. 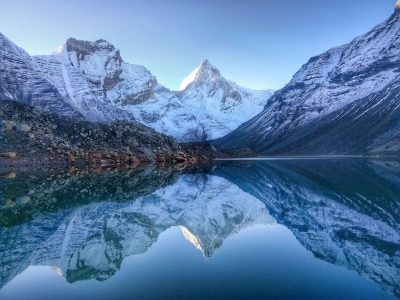 If watching mountains directly wasn’t the joys , capturing them within the reflection of a lake may be a definite thrill.
Kedartal is emerald lake that manifests the flawless reflection of Thalaysagar peak. After Shivling peak, Thalaysagar is taken into account because the most beautiful peak. The surprising fact is both of them dwell the Gangotri range. And after Gomukh Tapovan this is often the second trek heading from Gangotri. Therefore it’s no behind in enticing views.

Kedartal is one among the foremost astounding glacial lakes within the world. it’s fed by the melting snow of Thalaysagar and Brighupanth peak. This lake is that the best place to witness the magnificence of giant peaks from the closest.
In the barren lands of the upper Himalayas, the lake fits perfect within the landscape. it’s sort of a blooming lotus within the mud! Except the mud here is rising black-white mountains.

The trail, however, features a lot of challenges. you begin the trek at around 11,000 ft and climb to over 16,000 ft. This altitude gain happens within the course of 3-4 days. Climbing boulders, navigating steep ascents and descents on tricky terrain becomes infinitely tougher once you also are trying to catch your breath. Kedartal may be a hidden gem of Uttarakhand.

Kedartal is understood for its challenging trek route also because the breathtaking views of snow clad peaks, lush green valleys and cascading river streams and waterfalls. No wonder Kedar tal trek is one among the foremost rewarding trek.

How to reach Kedartal Trek : The trek to KedarTal commences from Gangotri. you’ll easily reach by any means of road transport to Gangotri from Dehradun, Haridwar and Rishikesh. From Gangotri, this 18 km trek. 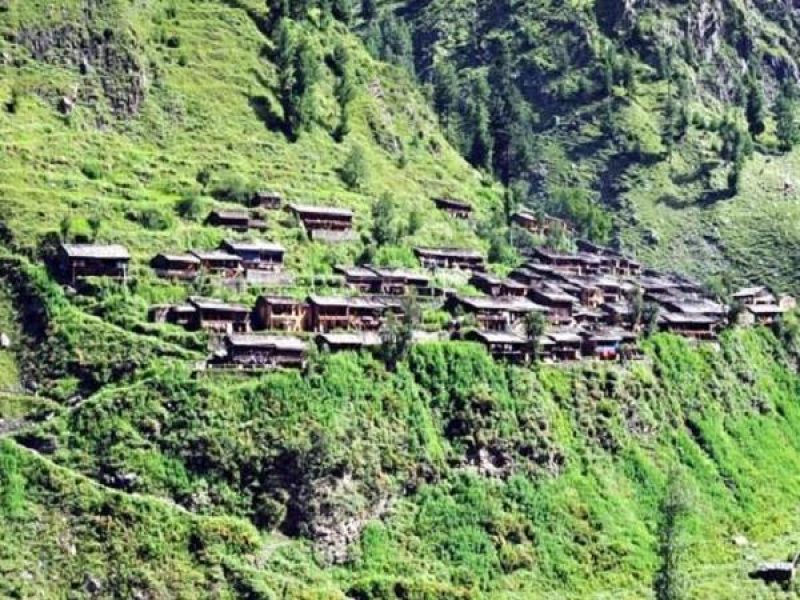 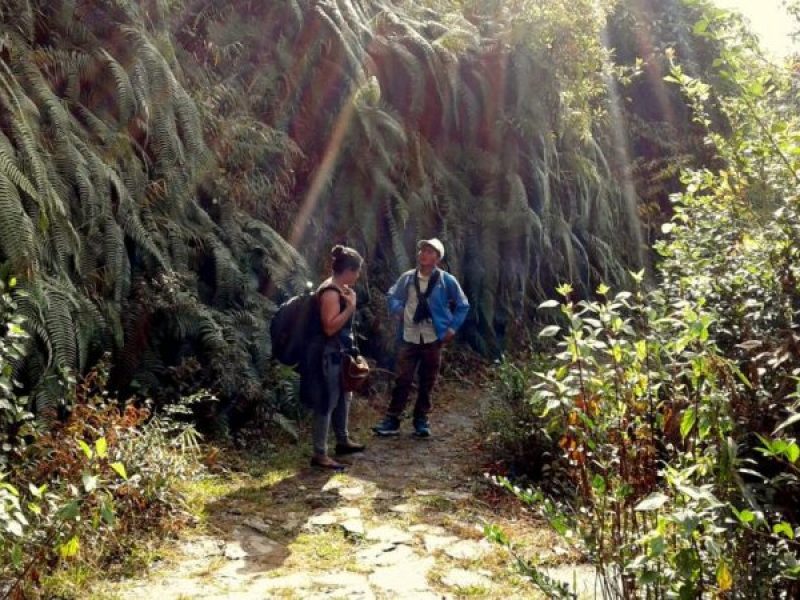 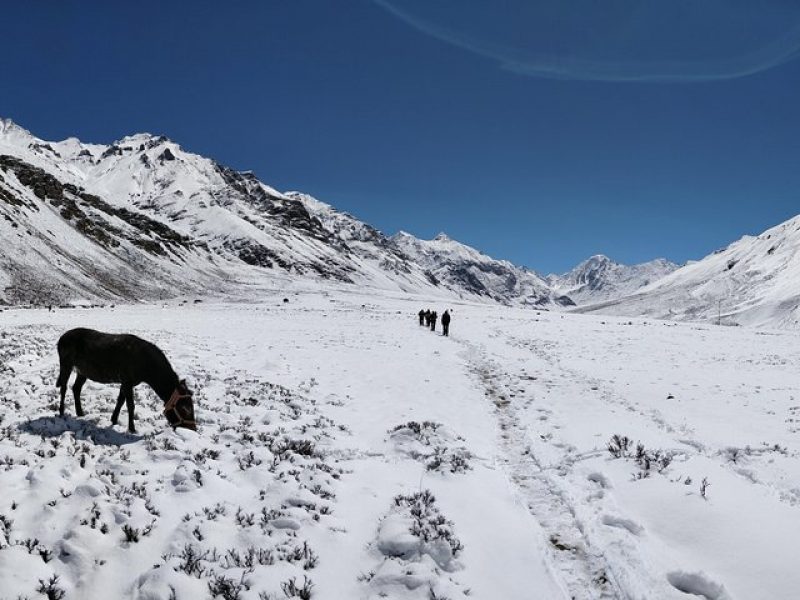 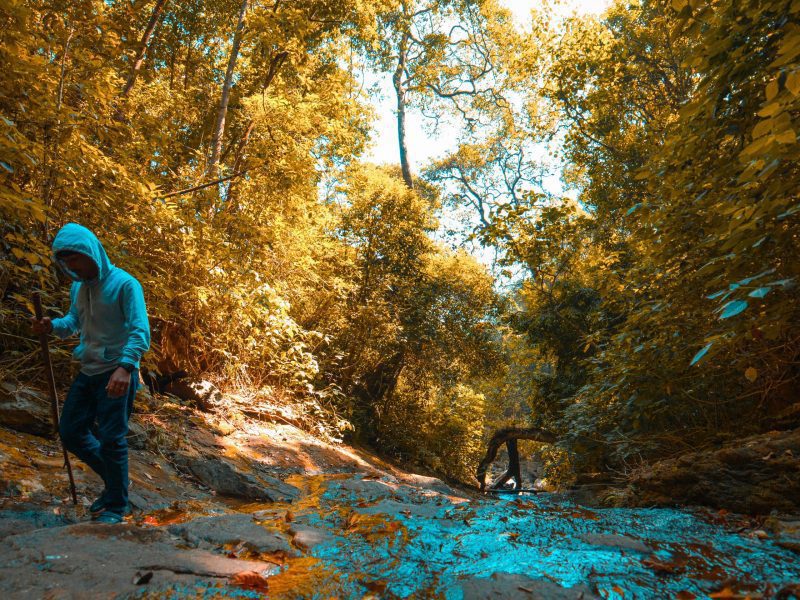